I am back home after my last trip for this year and a long and great week in A Coruña where I attended my first XDC, organized and sponsored by Igalia.

It was a funny but also tiring week, especially for my colleagues of the organisation team (Sam, Chema, Juan and Antia) that were working really long hours contributing to the great success of this conference.

There were many interesting talks that are currently uploaded online (slices and videos) among them 3 that were coming from Igalians:

The full schedule of the conference can be found here.

The conference was surrounded by other entertaining events sponsored by the organizers like a welcome party close to the Plaza de María Pita and an organized tour of the city of A Coruña followed by another stand-up party. Attendees could also optionally attend a guided tour to the nearby city of Santiago De Compostela on Saturday, after the end of the XDC.

For me, XDC was not only an opportunity to learn what’s going on in the Freedesktop world but also a great chance to meet in person some mesa 3D developers, colleagues and other attendees that are working on cool stuff.

As I had one week of holidays after it, I took some time to write an OpenGL 2.0 program with which one can animate the Coruña Hercules tower inspired XDC2018 logo using key frames [1]. You can play with it and create your own animations, the code is here. Press F1 for help and start recording your own key frames. File seq contains the ones I used for the animation in the video above. The tower is made by transformed glut* objects, some of which were modified using shaders. It’s really fun to write this retro-style OpenGL sometimes. 😀 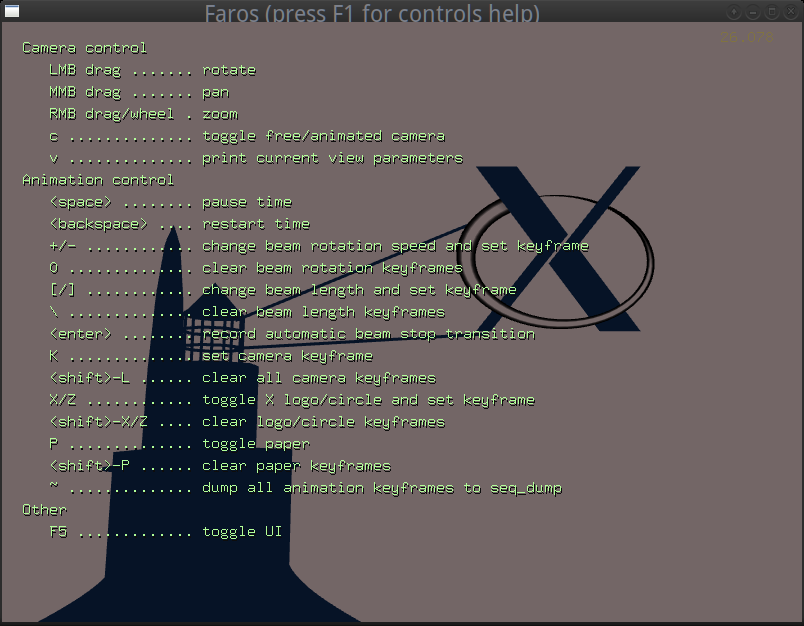 [1]: A significant part of the animation system was a friendly contribution by Nuclear, you also need his library from here: https://github.com/jtsiomb/libtreestore